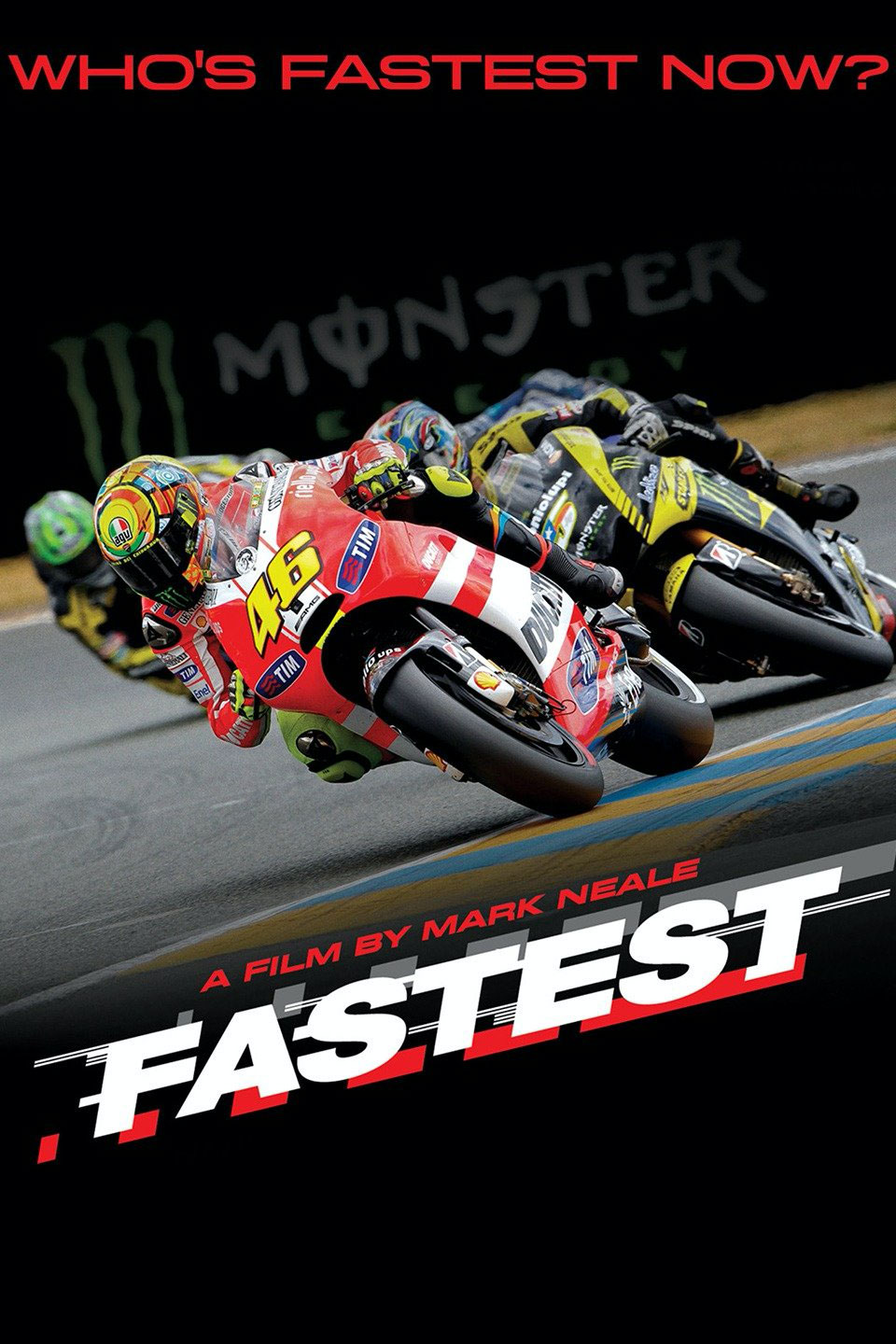 Available worldwide on Amazon and iTunes

Shot around the world in 2010 and 2011, FASTEST initially looked like it might become the story of Valentino Rossi’s crowning achievement: his tenth world title. The competition was fierce but the portents were good - he won the first race in Qatar. Then a momentary loss of control at the Italian grand prix changed everything, leaving the Italian ace seriously injured and confronting the specter of failure.

When Valentino Rossi shattered his leg in a crash at the Italian grand prix in June 2010, nobody knew what it might mean. It was Rossi’s first really serious injury and, to the sport, it was a seismic event. He was expected to be out for months, wrecking any chance of winning the world championship. Rumors of retirement circulated. The MotoGP world was in shock. Racing without Rossi? Unthinkable.

On this occasion, I was working with an American company where cautious heads prevailed. Production was halted. It looked like that might be that.

The week after Mugello, I was on the Isle of Man filming CHARGE. The British grand prix was coming up so I thought I might as well continue making FASTEST on my own. A few days later I was at the ‘Day of Champions’ charity auction at Silverstone when Rossi phoned in. The call was played live through the circuit PA. This was less than two weeks after the crash. He didn’t sound too good but he also didn’t sound like he was thinking of quitting. The crowd went nuts and the helmet Valentino was auctioning went for about five grand.

You could feel the love - the love people have for him and the love that he has for MotoGP.

He was going to be at Silverstone even if it was only on the phone.

A couple of weeks later, he announced that he’d be back at the German GP the following month. Production of FASTEST was restarted.

It wasn’t exactly plain sailing. The story had entered a strange new realm. We were not witnessing Rossi’s much anticipated apotheosis. The once invincible champion was on crutches through the summer. Then it emerged that he’d been struggling all year with a shoulder injury from a motocross crash in Italy in April.

He was at home riding motocross because of another seismic event: the volcano Eyjafjallajokull in Iceland had erupted, international flights had been grounded and the Japanese grand prix had been cancelled.

In 2010, Jorge Lorenzo was riding like a god. Maybe he would have won the title anyway. But it took a volcano to throw Rossi off balance.

Ten years on, there’s a pandemic raging around the planet and he’s still at it. Rumors of his possible retirement continue to circulate.

Original footage shot on Panasonic HPX170, Canon 7D and Red. The film was edited and completed in Los Angeles between September 2010 and July 2011

FASTEST premiered at the Empire Leicester Square in London on September 20th 2011 and went on to play in theaters in Europe later that fall.